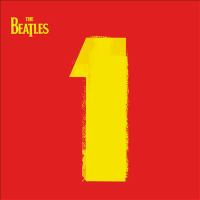 Five stars, of course. Any collection that includes Paperback Writer, Yesterday, She Loves You, Day Tripper and Eleanor Rigby, is, of course, a fabulous collection.

But don't stop with this CD.

Because this CD covers only the songs released as 45 singles, specifically for Top 40 radio. So, if this is ALL you listen to, you're missing dozens of fabulous songs that were never released as singles at all.

The Beatles changed how music was released. 90% of their album cuts were never released as singles. And a "greatest hits" package such as this was never put together until years and years after the group was already history. If you're Gen X or Millennial, know it's only HALF the story.

Artists' albums of new material once featured 2-3 songs picked as single releases--bound for the charts--and 8 or 9 songs that were "filler". Beatles changed all that. For example, Rubber Soul (1965) featured songs such as Girl, Norwegian Wood, Drive My Car, In My Life, Michelle--well-loved, memorable songs that were NEVER released as singles. That became typical thereafter, with Revolver, the next album featuring Here, There, Everywhere, Taxman, Good Day, Sunshine, Got To Get You Into My Life...none ever pressed as 45 singles, none appeared on the Top 40.

So, before long, the Beatles helped change radio programming, too. Top 40 was too, too narrow. By 1966, rock radio stations--especially FM stations--began playing album cuts, by the Beatles, and before long, dozens of other artists, too.

Advice: expand your fun--listen to the original albums, too.

If you like listening to the Beatles (aka. The Fab Four) - This CD contains 27 of their chart-topping, #1 hit songs which were recorded during what is considered to be their best songwriting-years from 1962-1970.

(*Be sure to check out the "Eleanor Rigby" music-video*)

A++ All the way….A must have CD - worth the long library wait.

autism81 thinks this title is suitable for All Ages

There are no summaries for this title yet.